Workshop held on the Island of Caratateua, Outeiro District – Belém-PA, brought together twenty-one participants from various groups that are members of the Waters of Care Network. The region was the sixth of seven to receive a team from the international program Connecting the Disconnected, which in Brazil is led by Saúde e Alegria

Located 35 km from the center of Belém do Pará, the island of Caratateua is home to approximately 140 thousand inhabitants and most of the residents survive on fishing and production in small areas. Outeiro, as it is also known, is a stronghold of the African matrix religions, and is home to several Candomblé and Umbanda temple groups. Despite the significant presence of the religion on the island, violence against these spaces has increased in recent years.

The biggest challenges faced by collectives, representative organizations, and associations are the lack of autonomy and communication. Don Preto, coordinator of Casa Preta, founded in 2009, says that the initiative emerged with the proposal to promote a space to combat racism, sharing knowledge, involving digital inclusion, use of social technologies and community work: “The Amazon is a place that needs this integration from this black and indigenous diversity” – he says.

Casa Preta is part of the Águas do Cuidar Network – a project that brings together groups for the defense and autonomy of the territory in Belém, which includes: Funbosque, Movimento Emaús and CEDECA, Cocadout, Espaço Verde, Casa Preta, Ong Java, Escola Alternativa, Ecotijuba, IEB Warao Indians from the Prosperidade Community, CEGAS, Sítio de Maré, Ninho do Urubu, and Casa da Mestra Zula. “The network is the space that can build these processes. Casa Preta has everything to do with being in this network. We stop being a single voice and start listening to other voices so that they can form a chorus. When we join this network, together with other networks, a real web of people who understand the urgency of connecting us, the forest, the environment, nature, and the Amazon is being formed,” says Don Preto.

The Waters of Caring Network is one of the seven member organizations of the School of Community Networks of the Amazon, which hosted the project’s field actions from April 22 to 23. Among veterans and young leaders, as well as three students from the school moved from their territories to participate in the workshop with the purpose of reflecting and about the territory, mapping strengths, challenges, and dreams, as well as designing community communication strategies for the region.

“The debate was fundamental to outline the content that we will make available in this course for young leaders. This debate about technopolitics, reappropriation, technological autonomy, and communication autonomy was important to work on this awareness, because we are in a process of technical alienation. What we did here today is the basis of the foundation of this formation” – explained Jader Gama, a professor at the Escola Bosque Foundation and a specialist at the Escola de Redes Comunitárias da Amazônia. 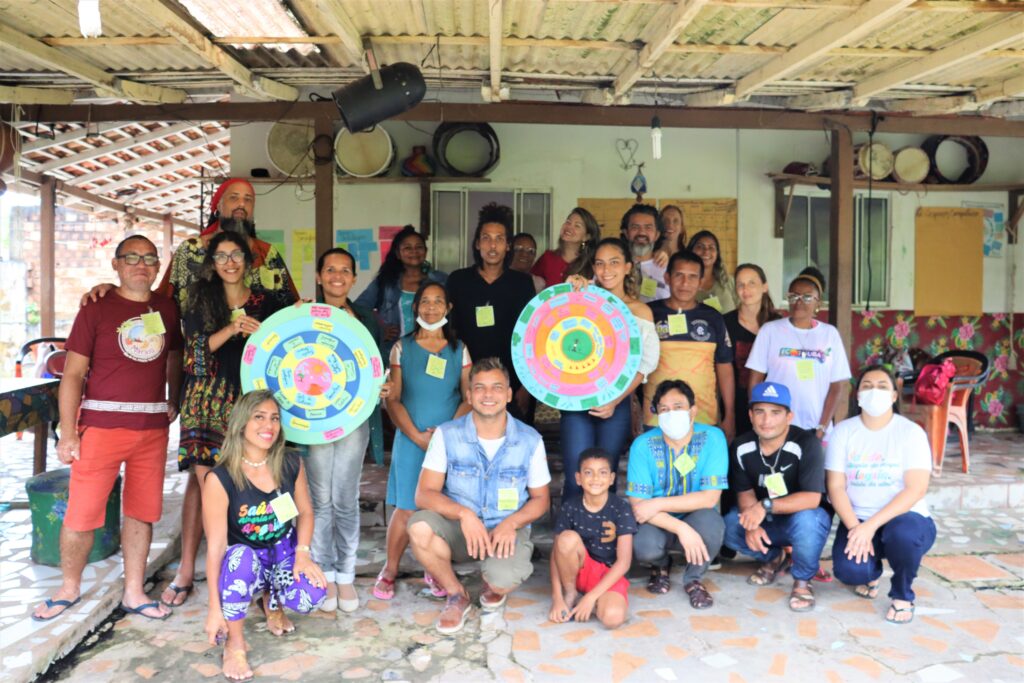 The process conducted by teachers Adriane Gama and Samela Bonfim, accompanied by the Network’s local articulators Don Preto and Jader Gama, debated important themes for activism and defense of the territory, such as free software alternatives, social networks, and autonomous communication strategies. “It was very rich, we discussed several issues, especially in the area of technology, of community communication. We talked about various dreams and projects that we aspire to on the island” – said Rafael Oliveira, from Caratateua Island.

Through the methodology used in the meeting, the participants were stimulated to reflect about their biggest needs and dreams, commented Lua Leão, from Outeiro: “I was very happy. Here on the island we have many demands and problems that if we get together, we can solve. Here at Casa Preta we have a very nice space to give workshops. I am very eager to hold workshops that can help women in their financial emancipation”.

Based on the face-to-face meetings that will take place until the end of April in the seven participating communities, the board of the School of Community Networks of the Amazon will draw the curriculum of the training that takes place from July to December – seven specialists and seven leaders from each organization involved are part of the board. “Other partner networks were involved in this meeting where we were able to discuss various topics such as free platforms, conscious use of social networks. We are grateful for the participation of everyone who was at this moment and we are already preparing for the last meeting, which will be held in Acre,” added Adriane Gama. 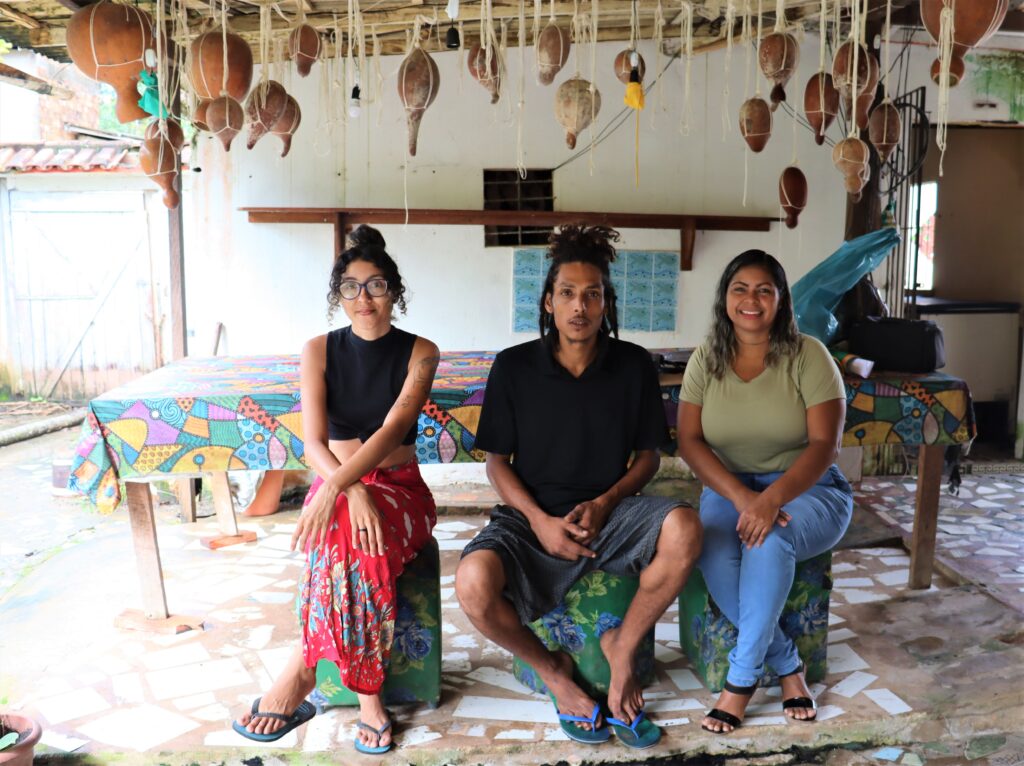 Rafael, Tamires and Lua are the three young students selected by the Network, who will join 21 students from three states in the Amazon (Acre, Amazonas and Pará) in the first class of the School of Community Networks in the Amazon. The classes will start in July, 2022, based on thematic contents collectively designed to strengthen the networks involved. “It was an honor for me to represent my school. This workshop was a collection of knowledge, knowledge, culture that we don’t have much access to. I was privileged to be here. One of our dreams is to teach everyone on the island to read and write, those people who don’t have access to school,” said Tamires Gomes, from Escola Bosque.